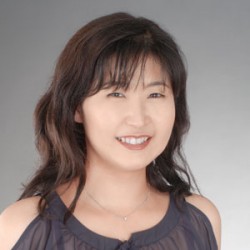 Yoshiko performs as recitalist, soloist, and chamber musician throughout Japan and the New England area. Her performances have been reported as “carefully colored and musically refined … with a sensitive ear, relating sound to musical expression…  Her remarkably unique interpretations were the charm of her performance…”

Since her debut concert, in Tokyo, she has appeared in Boston’s Jordan Hall, Museum of Fine Arts, and Gardner Museum; as well as The Tanglewood Music Festival, The New York Keyboard Festival and Aspen Music Festival.  Performances have also been broadcast live from the studios of Boston radio stations WGBH & WMNB and Aspen, CO Radio KAJX. In addition to her classical interests, she excels as contemporary artist performing and premiering new works for numerous emerging composers, artists and ensembles. Her solo CD “Jon Meets Yoshiko,” released in December 2015 by Phoenicia Publishing, is a collection of neo-classical, neo-romantic piano music by Jon Appleton.

Yoshiko has been fortunate enough to educate a diverse group of all ages in both private and classroom settings. She is currently a faculty member at Rivers School Conservatory, Winchester Community Music School and The Winsor School while continuing an extensive private piano studio.