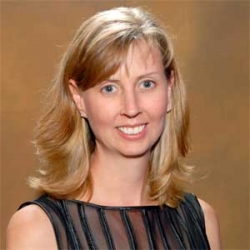 Conductor, Youth Sinfonia
Susan Memoli is the Director of Fine Arts for the Wayland Public Schools and the Wayland High School Orchestra Director. From 2001-2008, she directed the third through eighth grade string instrument program and orchestras in Wayland, including the award winning WMS Honors Chamber Orchestra. Mrs. Memoli has also served the MMEA Eastern District in the capacities of manager and assistant manager. She is an orchestra director for American Music Abroad and will be participating in her fourth European Tour with the Liberty Tour this summer.

Mrs. Memoli received her Bachelor of Music degree from the Benjamin T. Rome School of Music of the Catholic University of America in Washington, D.C. and her Master of Education in Curriculum and Instruction from Lesley University in Cambridge, MA, and principal certification from Boston University. Mrs. Memoli has served as a private studio teacher, violinist with the New Bedford Symphony, Plymouth Philharmonic and Rivers Symphony Orchestra, as well as adjudicator, clinician and guest conductor for music festivals. Mrs. Memoli is the recipient of the 2011 MA String Teacher Association Orchestra Director of the Year Award and was named to the 16th annual 50 Directors Who Make A Difference list of 2014 by School Band and Orchestra magazine.