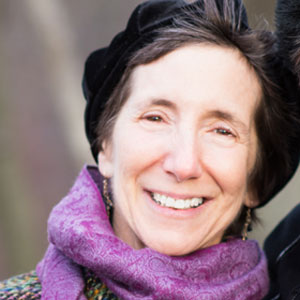 Formerly an instructor of piano at Smith College, Brandeis University, New England Conservatory, and the Longy School of Music, Ms. Shapiro is currently on the faculty of Wellesley College. She gives numerous masterclasses and lectures on subjects such as the nature of musicianship, late-Beethoven piano sonatas, and Robert Schumann’s music in cultural context. As an expression of her abiding interest in bringing the musical experience to underserved populations, she was recently awarded an Alumni Ventures grant from Yale University to create and offer innovative interdisciplinary music programs in the Boston public schools. Always seeking to inspire music-lovers of all ages, Ms. Shapiro has recently created an intergenerational orchestra called FIGCO and, in collaboration with the Longy School of Music Dalcroze Department, she co-produced a series of engaging and highly popular family programs in which she performed as narrator and pianist. She received her musical training at the Peabody Institute of Johns Hopkins University, Yale University, and the New England Conservatory.

Richard Dyer has said of her playing, “She is a wonderful artist and a dangerous person to work with…What makes her dangerous is her imagination and her insight; these lead her directly into what is most interesting about the music. And her technical resources are such that she is able to do exactly what her imagination and insight intend…Shapiro has the great gift of making everything she does sound inevitable even when it is surprising.”