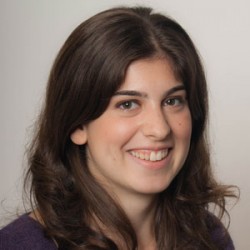 Classical Guitar, Suzuki Guitar
Classical guitarist Catherine O’Kelly performs both as a soloist and as a member of Tedesco Duo with flutist Arielle Burke. A former Suzuki student at The Rivers School Conservatory, she is delighted to now be teaching Suzuki guitar at Rivers.

Catherine earned her BA in music and philosophy from Vassar College in 2011, graduating with honors, and earned her MM in guitar performance in 2013 at The Hartt School, where she studied classical guitar with Richard Provost. Currently Catherine is pursuing her Doctor of Musical Arts degree in classical guitar performance at The Hartt School in West Hartford, CT.

She has earned a position with The Hartt School’s Honors Chamber Music Program, Performance 20/20, providing her a full scholarship for her doctoral studies.